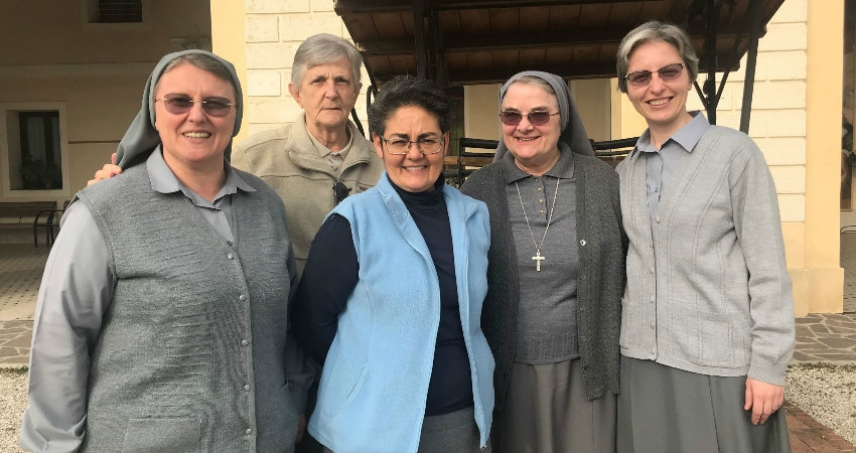 The best date was chosen for the official beginning of the new Province of Europe: 1st February which commemorates the beginnings of our religious Family in 1837, and which reminds us of the generosity of the first nine sisters who chose to serve Jesus Christ in the person of the needy children of the House of Derelicts in Udine.    The 12 communities of the Province of Italy and the 3 communities of the Delegation of Romania and the Republic of Moldova are now united in a single Province called ‘FAMIGLIA DI NAZARETH’ which can count on the wealth of 108 sisters.

The sisters, called to the government and animation of the new province for the three-year period 2020-2023, are:
Sr. DOMITILLA NOSELLA: provincial superior
Sr. BETTY SLAWIK: provincial vicar
And the Councillors are:
Sr. ADALBERTA OSQUINO
Sr. AMALIA FARAONE
Sr. MONICA BOGDANEL.

We entrust the steps of this new reality, which we desire precisely as beautiful and holy as the Family of Nazareth, to Jesus, Mary and Joseph, who formed a particular family here on earth, rich in love and holiness.
Read more...
Subscribe to this RSS feed